Opinion by Ann Heberlein, doctor of ethics at Lund University

That question has been posed by countless people since the reports of the terrorist attack in Norway. Who is Anders Behring Breivik? Those questions – why and who – always come up when we are confronted with hatred and violence. We live in an extremely individualistic culture. Therefore it is not surprising that we seek answers from the individual by asking who and why, despite the fact that human history shows us that a fixation on the individual does not provide us with the answers we need to create a better, safer society. We must ask what circumstances led to the tragedy and made it possible.

In my view, ABB is partly a product of our current social and cultural climate. This does not mean that he is not to blame: he bears the responsibility, and the blame, for his actions, even if what he did was the result of a number of circumstances. It appears irrefutable that the Norwegian terrorist was driven by a profound ideological conviction. In the extensive manifesto that he wrote, a clear world view emerges, with clearly defined problems, threats and enemies. It is of course Islam which forms the greatest threat in Breivik’s distorted picture of the world.

“All humans are born with a basic taboo against killing or harming other people.”

Despite this, parts of the Swedish media insisted on referring to ABB as a “mass murderer” and a “lonely, sick person”. ABB is neither ill nor lonely – in any case he is not alone in suffering from the disease of paranoid racism. In the closed world which the Internet can become, he found kindred spirits, and in the public debate he found allies in parties such as the Sweden Democrats, True Finns, Norway’s Progress Party and the Danish People’s Party.

I do not claim that the abovementioned parties encourage violence and terrorism. However, they disseminate and kindle the conspiracy theories, myths and prejudices of the Other. They are occupied with “the psychology of exclusion”, as social psychologist Harald Welzer calls it in his book Perpetrators (German: Täter). Welzer describes this psychology as a condition for genocide, ethnic cleansing and civil war. A picture is painted of the threat from the Other and qualities and motives are attributed to the Other which make it easier to dismiss them as “non-people”.

According to philosopher Jonathan Glover, all humans are born with a basic taboo against killing or harming other people – in order to be capable of doing so, and breaking this taboo, the perpetrator must think of the Other as something other than a person, as an enemy. In Breivik’s world view, it is not only Muslims who are a threat to what he regards as healthy, Western, Christian values; those who facilitate the immigration which he sees as destructive are also enemies. They are enemies of his vision of a homogeneous and tidy world populated by white men and women living in accordance with traditional values. In true Crusader style he thus set out on a self-assumed mission: to save us from ourselves and restore us to “the true faith”.

It is naturally of utmost importance that we speak out against ABB and his likes – to show that his view of the world is distorted and that his interpretations are not correct. We all have a responsibility to do this. 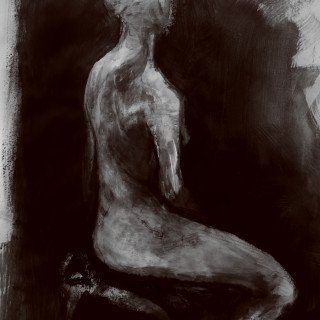