It is possible to fix the world and live in greater freedom and harmony if we seek answers in the world’s religions. The knowledge and tools to achieve a balance have always existed if we look and want to learn, because the universal message in the major world religions is that we are one humanity.

Antoon Geels, Professor of History of Religions and Psychology of Religions, reflects in his book Laga världen med ickevåld, medkänsla och andra verktyg on an existence where people live side by side and steward our planet in an optimal manner using nine tools taken from wisdom traditions, world religions and modern research in psychology, neuroscience and evolutionary biology.

An overly narrow world view with authoritarian deity figures can be dangerous. How can literalism live on in our complex world that requires multiple models of explanation to interpret and understand it?

“There are many answers to that question. Many people are dependent on authority. This is probably linked to a need to make sense of the world, to get clear answers. Such people have low tolerance for ambiguity. They prefer to submit to an authority, whether a religious or secular text or an idealised person that they obey. They no doubt realise that the world is complex, but it is this complexity that leads them to follow an authority. It is easier to follow a person and/or an ideology.”

What is the greatest obstacle to peace between people?

“According to American psychologist V. K. Kool, it is our propensity to think in terms of Us and Them. This means that we identify with a group, for example, a football club, a political party, or even a nation. If you are a Palestinian, you may develop a hostile attitude towards Israelis and vice versa. If you support Malmö FF football club in Sweden, you can go around shouting ‘hating, hating, hating Helsingborg’ when there is a derby between these two teams, and vice versa. When Americans were hit with what is called 9/11 trauma, they were reminded of their own mortality. One consequence of this shocking event was an increase in the polarisation of Americans and non-Americans. There was a more negative reaction to everything that meant criticism of America, and a positive reaction to everything and everyone who demonstrated a positive attitude towards the country. Identity can be further reinforced if you identify yourself as belonging to a select group. This further increases polarisation.”

Could the path of non-violence make us happier?

“Yes, I think that’s reasonable to say. Over recent decades, psychologists have taken more of an interest in positive experiences. What makes us happy? What makes us feel good? Helping others, showing care and avoiding violence are the kind of things that make us feel good. Here is a recent personal example. I was driving to a shopping centre and changed lanes somewhat carelessly, forcing the car behind me to brake sharply. In the rear view mirror I saw the man driving give me the finger and gesture to me to stop. I turned into the car park, got out of the car and faced the aggressive man. Before he had time to do anything, I said ‘I was in the wrong, I’m sorry’. The man was taken aback and said nothing. His wife came up and explained that they had three children in the car. ‘I understand’, I said, ‘but nothing happened and we should be grateful for that’. The young couple went on their way. I felt pleased that there hadn’t been an argument.”

What stops people from choosing non-violence?

“It’s hard to give a simple answer. There are a lot of factors involved. Following a literalist ideology can lead a person to believe that the world needs to be purified. They believe that there is a struggle between good and evil forces. Humanity is divided into two camps – the Other is demonised while one’s own camp is exalted. The leader of the Japanese sarin murder cult Aum Shinrikyo said: ‘we should soon actively engage in Armageddon’, referring to the place where the final battle between the forces of good and evil is to take place according to the Book of Revelation (16:16). The next step is going from words to action. The world has to be purified and therefore a sacrifice must be made. The Tamil Tigers described suicide attacks as ‘offering oneself’. Suicide bombers become martyrs who make ‘heroic sacrifices’ because God requires it of them. The actions are justified by the group to which they belong.

“From the perspective of individual psychology, researchers have indicated that people who are prone to violence lack self-control. Being unable to control one’s impulses is a further factor that prevents people practising non-violence. Another factor is one I have already mentioned: submitting to and obeying an authority. The well-known obedience to authority experiments by Stanley Milgram from the late 1960s clearly show that many people are prepared to go far when it comes to subjecting research subjects to a fatal dose of electricity when told to by the experiment leader. What the participants did not know was that the suffering individual was played by an actor.” 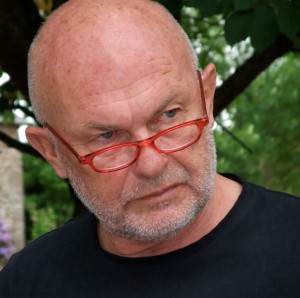 In what ways are we influenced by evolution and our surroundings?

“In recent years, we have become increasingly aware of our evolutionary heritage from when we were hunter-gatherers and lived in groups of perhaps 100–200 people. Our ancestors often moved and encountered other groups. This is where we find the roots of the Us and Them mentality which causes conflicts between groups. In this light, the example of the football derby can be interpreted as cultural regression, a return to an earlier stage of development. In addition to this, there is the development of the brain. The ‘reptile brain’ and the limbic system, which compile information from the body, memory and emotions, are complemented by the cerebral cortex. It is the cerebral cortex that is intended to ‘supervise’ the older system. Unfortunately, it appears that the cerebral cortex has been dismissed in many people’s brains. This results in quick, emotional and generalised judgements. Many violent situations arise because we react on the basis of this older system. The best thing is for the systems to work together.”

The world is in crisis and it has never before been so clear that we are dependent on one another for economic and environmental issues. You believe in an expanded global spirituality in which we are to love our neighbour as ourselves. But who is my neighbour in this universal view of the world?

“Who is my neighbour? The answer is: the whole of humanity. I would like to include the animal world as well. This type of universalistic perspective is common among representatives of the wisdom traditions.”

You identify nine tools that would make us all feel better: using non-violence, showing compassion, interpreting one’s religion and not having a literalist interpretation, thinking of Us rather than Us and Them, seeking new knowledge about what it means to be human, collaborating more and competing less, reflecting on our ideas of our god, asking what our identity is, and integrating more rather than separating. What tool do you think is most difficult for humanity to use?

You would like to see a new subject on school curricula: human studies. Why?

“Around 2 400 years ago, the Greek philosopher Socrates said that people should ‘know themselves’. Today we can give a better answer to this ‘eternal question’. That answer comes from fields including evolutionary psychology, neuroscience and psychology. The knowledge needs to be integrated. In order to survive on our mistreated planet, the coming generations need to be equipped with new knowledge of how people function and behave. They need to realise that we are on a knife edge between violence and non-violence, cruelty and kindness. It is important to know that there are risks inherent in being human. On the one hand, it is natural to belong to a group and experience a sense of belonging, but on the other hand there is a risk that we feel superior to others because we belong to that group. This is just one example. If we practise using the tools described in my book, our self-knowledge will increase and we will thus become better equipped to manage interpersonal relationships.” 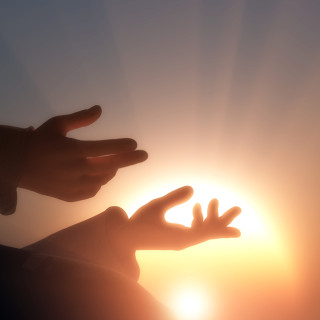 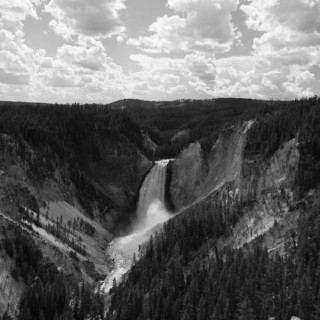