A thin surface coating on packaging or on cars and buildings could provide protection against damp, ice formation and rust. Professor Charlotta Turner from the Department of Chemistry has drawn inspiration from nature’s creativity and the ingenious surface of the lotus leaf.

The waxy surface of the lotus leaf is constructed in such a way that drops of water are not able to force their way through and into contact with the actual leaf. Instead, the drops roll unchanged off the surface. Charlotta Turner and her colleagues have studied the leaf surface under the microscope to investigate how this happens.

They are now able to replicate the water-repellent and self-cleaning properties of the lotus leaf in the lab. The technique involves melting wax that is then dissolved in carbon dioxide under pressure before being sprayed in a thin layer over the surface that is to be protected from water and dirt.

“There are a wide range of different areas of application for this technique. In particular, there is interest in using it to improve various types of packaging.”

Charlotta Turner talks about a collaboration the group has with a manufacturer of cardboard packaging that has problems with liquid entering the cardboard from the outside, or the contents seeping through the cardboard from the inside. Problems occur, for example, when cardboard packaging containing drinks is exported to places without fridges. The packaging is often submerged in buckets of water and ice instead, which means there is a risk of dirty water entering. A thin wax coating could be the solution.

Professor Turner’s research team are working on producing even thinner wax layers than they have achieved so far. The wax itself is white, and the surface being treated often needs to be entirely visible through the surface coating.

“We have demonstrated that if betulin (which is found in birch bark) is mixed in with the wax, we can achieve thinner and better coatings.”

Charlotta Turner takes sustainability into consideration in her research. For instance, she thinks it is good to make use of a resource like birch bark that would otherwise just be incinerated in the paper industry. Above all, she is anxious for the products she produces to be biodegradable.

“We are also working with biodegradable polymers (chemical compounds comprising very long chains) that form a type of biodegradable plastic. A surface layer of polymers will be more durable than the wax.”

The surface coating not only repels water and dirt, but can also protect against rust, ice formation, algae and bacteria. Textiles, boats and satellite dishes are among the objects that could benefit from the protective coating. Another area is the car industry. Charlotta Turner explains that they have an ongoing collaboration with a major HGV manufacturer, with the aim of achieving rust- and ice-free chassis. The list of interesting areas of application could still grow, according to Charlotta Turner.

Bildtext: Water droplets on a silicon surface. The left-hand side has been treated with a biodegradable polymer. Photo: Andrew Marais 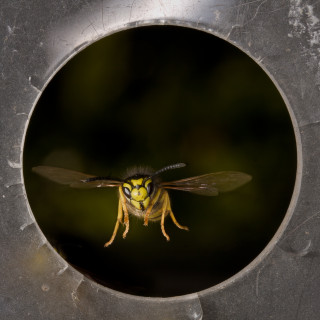 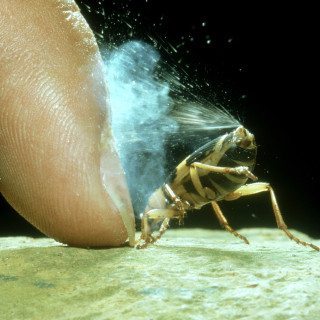