Why is there an increase in youth poverty?

“A main reason is that the entry into the labour market is significantly postponed as it today often takes an entire phase of life for young people to establish themselves on the market, and they often do not become full participants until they are almost 30 – the primary reason of which is the major increase in students. The fact that young people have less financial resources is therefore largely due to their low incomes during the years when they study. The basic structure of the Swedish rights-based social security system was created during a time when few people studied or were involuntarily unemployed, and the criteria for benefiting from health and unemployment insurance, etc. are mainly tied to paid work. This puts young people in an often precarious financial situation when things happen that would require insurance protection. However, measuring youth poverty with statistics is often difficult to do in a more precise sense, as many studies have shown that the finances and income of young people are often still closely linked to parents who continue to support their young adult children in times when they lack sufficient income on their own.”

The Swedish unemployment insurance changed in 2007. How did it affect young people?

“Young people were a prominent group among those who either left or were not granted entry into unemployment insurance associations after 2007, when membership decreased with about half a million people. Lund University researcher Anders Kjellberg’s analysis showed that young people (age 16–34) accounted for 40 per cent of the decrease in membership in the unemployment insurance associations during 2007 and 2008. This can mainly be explained by the stricter entrance qualifications with regard to young people’s work experience, as well as the major increases in union membership fees at this time. Furthermore, members who studied no longer qualified for membership while studying, which affected many young individuals. ”

Social welfare is constructed as a solution to a crisis situation – not as a long-term unemployment insurance. How did this happen?

“The financial support was never intended to serve as unemployment insurance. In the Swedish welfare system, the impact of the fluctuations on the labour market would not be solved through a means-tested benefit, but through insurances with high coverage of the employed population. Today we see a drastic decline in membership in unemployment insurance associations, and a large group of people are therefore left with fewer alternatives to contacting the social services. This does often only take place once the private options and alternatives for support are exhausted, for instance, through personal loans, selling private assets and incurring debt. These measures are taken as social security is conditional, subject to extensive requirements, and often involves experiencing stigmatisation. Unemployed people currently represent the largest category of welfare recipients in Sweden.”

In your interviews you found that the shame of living on welfare is worse than poverty – why is that?

“The 74 young adults who were interviewed in the study had all received social welfare for long periods of time, and defined this to undoubtedly be the most painful and most difficult consequence of needing subsidies and being unemployed. For a majority, collecting welfare was closely linked to experiences of stigmatisation from their social environment and an often humiliating experience where the lack of integrity, autonomy and social recognition resulted in an extensive social discomfort. Financially supporting yourself when you are of working age is a clear social norm in our culture, and not being able to do so may be perceived as personal dysfunctionality, or that you are not sufficiently motivated to work, but rather you are comfortable “living off others”. The interviewees were clear that receiving unemployment benefits involved a higher status than receiving welfare, as welfare recipients can be perceived as a drain on society. Some of the interviewees had lied about receiving unemployment benefits rather than welfare because they wanted to escape the social subordination that welfare had often generated for them.”

Today’s welfare benefits have not kept pace with the development of society, and living on few resources makes it impossible to affect one’s everyday life and future. If welfare benefits were to have been raised to the same level as unemployment benefits, what would have happened then?

“It is not impossible to affect your everyday life and future even if you have little money; however, living on welfare benefits imposes significant limitations on everyday life as well as opportunities for social interaction. The interviewees in the study showed with a number of examples how their living conditions and opportunities to change their situation deteriorated significantly. Not being able to afford getting your driver’s license, not having the means to move to a place with more job opportunities, or not daring to take a loan to pursue studies because of already being in debt have a negative impact on the ability to improve your chances of establishing yourself on the labour market and to support yourself. Social welfare is a means-tested benefit at a level that corresponds to a very low standard of living compared to an average income, and is significantly lower than the benefit received from unemployment insurance. Today there is no real political debate or explicit desire or proposal to raise social welfare benefits. Therefore it is very unlikely that they could reach the level of unemployment benefits, as welfare is not an income-based insurance, but rather a minimum-level benefit that covers the most essential living costs but not much more.”

Young people who are outside the labour market are a municipal responsibility. How can municipalities do more to help them?

“Many studies have demonstrated how completing upper-secondary school is absolutely crucial for young people to have a chance of establishing themselves on the labour market. It is therefore critical that municipalities invest resources and create good conditions for upper-secondary school studies, and not least provide renewed opportunities for the relatively large group of students who dropped out or failed to graduate from upper-secondary school. Resources for a municipal social service of good quality is obviously also very important for young people, whose problems on the labour market includes other social difficulties that require support as well.”

In your opinion, what should social services resources be used for?

Social services are not designed or primarily aimed at resolving problems with financial support for those who are long-term unemployed. Social workers’ expertise is significantly wider than granting benefits. From previous research we know that in times of recession, when unemployment benefits do not fully cover the needs of individuals, this new group of clients becomes an extensive workload that involves a major challenge for the social services. They are then forced to cut down on quality social work and instead focus more on administrative management of benefit assessments. The social services’ main assignment is to carry out social work for vulnerable children and families, drug addicts, etc. For a long time, the social services and social workers in Sweden have had a very large and draining workload, making the Swedish government, trade unions and professional representatives express concern about the lack of opportunities to conduct quality social work.”

Anna Angelin was part of Malmökommissionen (The commission for a socially sustainable Malmö) that was assigned the task of proposing measures to decrease the major differences in health for people living in Malmö. Slutrapport 2014. 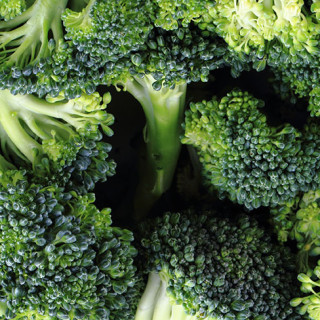