Chocolate cakes and the internet

Crisps, hamburgers, fizzy drinks and cake. Scandinavian children are becoming more and more overweight, while food advertising floods children’s magazines, the internet, television and our letterboxes. Is there a link between the increasing level of advertising and increasing consumption?

The media have a lot of power to influence the health of people in our society. Do we need to introduce laws to limit advertising to children, or can we get the food and marketing industries to take responsibility for children’s health? These questions have interested Helena Sandberg, a Reader in Media and Communication Studies, for a long time.

On the internet, advertising for unhealthy food is often hidden in games and competitions, and it can be difficult to see the food industry’s aims clearly. Virtual experiences such as hunting for sweets in mazes or frying beefburgers against the clock appeal to children’s desire to play. These fun virtual challenges are advertising in disguise.

However, that is just what is misleading through their lack of clarity. Young people are even more exposed to advertising on the internet, because they are not as able to control their eye movements as adults. This means that they cannot avoid the flow of information and be selective, which in turn affects their ability to choose to avoid media content to which they do not wish to be exposed, such as online advertising, explains Helena Sandberg.

Children have a limited capacity to identify and see through online marketing, which is often disguised as entertainment and often brought to their attention through a friend. Children help to spread the advertising message through social media and give the message extra credibility because it comes from a friend. Children have also become the ones to introduce new products to the home. Previously, parents formed role models for their children, but now it is children who are role models when it comes to consumption. They quickly pick up on new products and trends. The industry tries to influence children who then influence their parents’ wallets.

Hidden advertising from the food industry as well as other types of company is unethical when it targets children and is a problem both in Sweden and internationally. Obesity, including child obesity, is increasing globally, and we can ask what factors lie behind this. Over the years, the industry in Sweden has pulled its socks up and our television and radio legislation is the toughest in the world. Advertising aimed at children under 12 years of age in connection with children’s programming is prohibited, says Helena Sandberg. However, the industry still finds ways round this. The rules have previously been circumvented by broadcasting advertising from another country. On the internet, there is no clear legislation on advertising that targets children.

Helena Sandberg was the researcher in charge of three different projects on advertising aimed at children and young people from 2005 to 2010. The projects were carried out in collaboration with the Swedish Consumers’ Association and resulted in a number of reports: Söt reklam och feta unga (2007), Prinsessmuffins och chokladägg (2008) and “Reklam funkar inte på mig”. Unga, marknadsföring och Internet (2010). The reports are available for download from the website of the Nordic Council of Ministers.

Today, Helena Sandberg heads the CAI@LU research group, Children, Advertising and Internet at Lund University. The group is funded by the Crafoord Foundation and the Swedish Research Council and studies how children and young people interact visually with online advertising and how they make sense of the advertising in their daily lives. They take an interdisciplinary approach and use a variety of methods to better understand the phenomenon of online advertising: physiological measurements (eye tracking) and experiments, interviews with advertising producers and children, and text and content analysis. 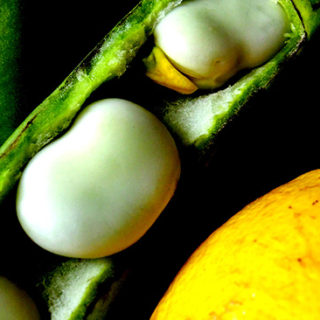 The games behind food blogs

Can we rely on genetic testing?