Where did I put my sunglasses? Where have the car keys got to, what is the door code to Lisa’s building, and what did I do yesterday afternoon? We all know how irritating it can be when our memory doesn’t work as it should. However, it can be difficult to know what is a ‘normal’ poor memory and what is the result of disease.

Susanna Vestberg is a researcher in psychology and has also worked at the Memory Clinic at Skåne University Hospital.

“We meet people from across the spectrum at the clinic. Some people think they are forgetful although the tests show that their memory is fine. Others don’t experience any problems even though they have quite advanced dementia. Those people do not come to the clinic of their own accord, but are brought in by relatives”, she says.

There may be relatively simple explanations for forgetfulness, such as stress, anxiety, poor sleep or depression.

“However, if you have memory problems that continue and cannot be explained by a factor such as overwork then you should seek help”, said Susanna Vestberg.

One reason is that memory problems are not necessarily down to dementia, but may be due to a more treatable disease like depression. If it does turn out to be dementia, a diagnosis – however hard it may be – gives the person concerned a better understanding of his or her difficulties and more help to simplify daily life.

Those who seek help for memory problems are asked to undergo various psychological tests. One such test involves the psychologist reading a list of words several times. Normally, the test subject will be able to recall more words each time the list is read, and even remember most of them after half an hour. Someone with Alzheimer’s, on the other hand, has difficulty remembering the words over a longer period of time and may not even remember that the list was recently read out.

Susanna Vestberg and other researchers are working on two long-term studies of patients from the Memory Clinic. One of their goals is to find markers – early signs of dementia or future dementia. One of the studies mainly focuses on Alzheimer’s disease and the other concerns frontal lobe dementia (a disease that affects the front of the brain).

“Frontal lobe dementia produces a completely different type of memory problem. Alzheimer’s patients have difficulty remembering things they have recently experienced and finding their way around. Patients with a certain type of frontal lobe dementia may know exactly how to get to their friends’ house in the country, but cannot understand that the white things by the side of the road are sheep. The damage is to the understanding of words and phenomena”, says Susanna Vestberg.

One way to look after your memory is to keep intellectually active, according to research. Reading and doing crosswords or Sudoku help keep the brain in shape. Social contact also appears to be good for the memory, even if the connections are not as clear: it is difficult to know whether an active social life protects against forgetfulness, or whether forgetful people merely find it more difficult to keep up their social life.

Most people’s memories become worse over time with the natural ageing process. However, Susanna Vestberg emphasises that the ability to learn new things remains into old age – it just takes a bit longer than it did in your youth. 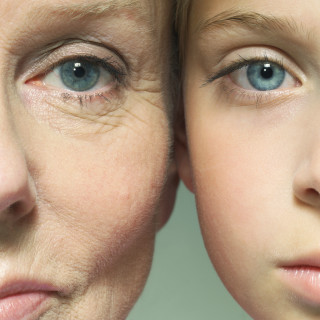 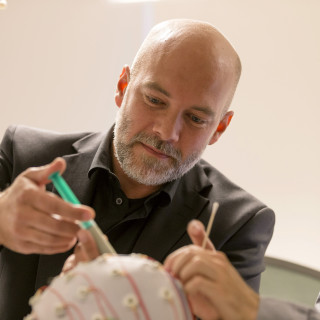