Engineering collaboration could open the way for peace process

The water situation in the Middle East is acute and neighbours who are in conflict with one another have to share scarce resources. Technical solutions play an important role in change, but need to be combined with political agreements. This is according to Karin Aggestam, who is leading a new multi-disciplinary research project at Lund University.

The Jordan River is one of the most important sources of water for Israel, the Palestinian territories and Jordan. However, it is also hugely overexploited. In places there is an acute shortage of water and water supply varies greatly between regions and countries. Economic, military and cultural barriers stand in the way of a broad solution to the problem.

“There has long been a view that if technical collaboration could be established between Israelis and Palestinians, water could have a positive ‘spillover’ effect on more politically sensitive areas concerning territories and security”, says Karin Aggestam, a Reader in Political Science and head of Peace and Conflict Studies at Lund University.

Dr Aggestam leads the multi-disciplinary research project “Hydropolitics and the Jordan River Basin”, which started in 2011. The aim is to critically review and analyse collaboration and conflicts around water at local, regional and international level in the Middle East and to tone down conflicts.

“The issue of power relations between the various parties has major significance for the negotiations”, says Karin Aggestam.

Karin Aggestam got the idea for the project when discussing the issue with Ronny Berndtsson, Professor of Water Resources Engineering at Lund University, a few years ago.

The seven researchers – in political science, hydrology and geography – also work with other regions in the Middle East where there is a shortage of water, such as Tunisia, Iran and Egypt. The research project is part of the larger strategic research programme “The Middle East in the Contemporary World”. 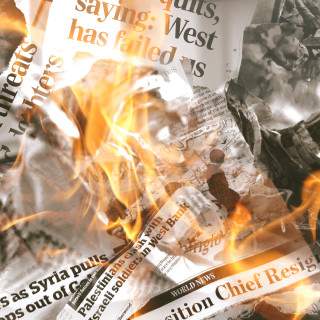