Imagine a fresh, crunchy salad that has been… frozen and defrosted? A unique method of freezing vegetables and fruit that keeps cells alive has been developed, and patented, at Lund University in Sweden. The researchers say that within a year, fresh, locally grown fruits and vegetables could be available in the middle of winter.

“When we keep the cells alive after thawing, we keep the nutrients and vitamins inside the cells intact, as well as the freshness characteristics; things like taste and elasticity”, explains Federico Gomez, Associate Professor of Food Technology at Lund University.

Initially, Gomez and his colleagues simply wanted to understand how some plants, for example carrots, survive the freezing temperatures of winter. Using input from two other research areas – how cells can be treated with electrical pulses, and how tissue behaves in a vacuum – the method was developed.

The technique revolves around trehalose, a natural substance found in yeast and certain insects, fungi and types of grass that all survive cold winters better than other plants and vegetables. Trehalose prevents cells from bursting due to ice crystals forming, something that also happens if you put fresh salad in the freezer.

The vegetables are first put in a vacuum machine, and the air is extracted. Water containing the trehalose is then injected and replaces the air in the tissue. To make sure the substance is both inside and outside the cells, a small electrical pulse is applied in order to penetrate the outer cell membrane. The vegetables are frozen after a few hours, since the cells have been put under stress.

So far, the method has worked well on spinach, strawberries and parsnips, but not as well on for example potatoes, something the research team is still trying to understand. Other vegetables, such as peas, have a different cell structure and are less affected by being frozen altogether. 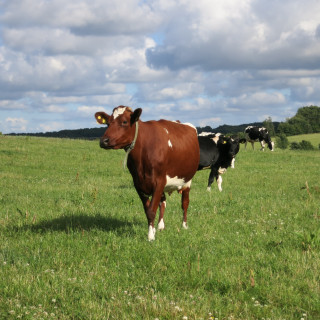