Every person is born with a unique set of genes that they inherit from their parents. The only exception is identical twins, who are born with identical DNA sequences. With the years, even twins develop increasing differences in appearance and in the diseases they get. Why is this? The answer to the question leads the researchers further in their search for the origins of major diseases and possibilities of a cure.

Congenital chromosome changes and other mutations in the DNA sequence can cause many conditions, for example cancer. However, the question of why one twin gets cancer and the other not cannot be explained by inherited differences in DNA. There must be something else that affects how the original genetic code in the DNA sequence is read and what message is sent into the cells. This ‘something’ is called epigenetics.

“By epigenetics we mean permanent changes to gene expression that are not caused by changes in the DNA sequence”, says Mattias Höglund, Professor of Oncology at Lund University.

The term epigenetics was coined in 1942 by Englishman Conrad Waddington. He used it to mean the unexplained process of development from fertilised egg to fully grown individual, or the mystery of how the same DNA can lead to different gene expression, tissue and organs.

“The fertilised egg is entirely undifferentiated and when the cell divides, its DNA has to create different types of cell. What manifests this is epigenetics”, says Mattias Höglund.

“The body responds to the environment in which we live and epigenetic changes occur.”

Just over 30 years ago, researchers discovered that there was a connection between DNA methylation and gene expression. Once the fertilised egg with its inherited DNA has begun to divide, tiny methyl groups hook onto our DNA. This process is like putting large-headed pins into a DNA chain. Putting the pins in at a certain point, by a certain gene, ‘deactivates’ the gene. The gene is no longer expressed, i.e. that part of the DNA cannot be read and the information is not passed on to the cell.

Effects throughout our lives

It was not until around 10 years ago that molecular techniques were developed with which it was possible to study all DNA positions that can be methylated. It was then that the amount of change on the ‘surface’ of the DNA was observed. Researchers began comparing young and old individuals and it is here that the identical twins come in. By studying the twins’ DNA over a long period, it was seen that from identical methylation patterns at the age of three, their patterns diverged as they grew older.

“This was how it was discovered that epigenetic changes take place during a person’s lifetime. Cracks begin to appear in these systems as we grow older and this is what causes a lot of diseases”, explains Mattias Höglund.

What was also discovered was that the body also responds to the environment in which we live – epigenetic changes occur as a result of environmental and lifestyle factors that affect us over a long period of time.

“You could say that the cell systems adapt. For example, someone who has been a vegetarian for a long time develops a different system of enzymes in the intestines than someone who eats meat. It is for this reason – and not because of any inherited factors – that vegetarians feel ill if they start to eat meat again”, explains Mattias Höglund.

Smokers or those who are exposed to environmental pollutants experience equivalent changes in the cell system. The research of the past ten years has shown that changes to the epigenetic pattern can play a role in the development of diseases such as cancer and type 2 diabetes.

Epigenetic changes, for instance the number and location of methyl groups along a DNA sequence, can be both a cause and a symptom of various types of cancer.

“Nowadays, we know that as well as chromosome changes, there are also epigenetic changes in tumours that distinguish them from normal tissue”, says Mattias Höglund.

This opens up the possibility of using epigenetic information in diagnosis. Mattias Höglund and his staff have drawn up a classification system for bladder cancer based on information on genetic mutations and changes in gene expression in both the genome and the epigenome.

“Two tumours that look the same in terms of gene expression can nonetheless develop differently. This may be because they are slightly different in terms of epigenetics”, says Mattias Höglund.

The aim of the classification is to divide bladder cancer into different molecular sub-groups and thus optimise diagnosis and treatment. However, Mattias Höglund is doubtful whether the epigenetic research that concerns DNA methylation could lead to better drugs in the future.

“Usually there are so many parts of the genome that are methylated; some genes should be on and others should be off. Diseases are usually caused by a limited number of genes where the methylation has gone wrong. This means we can’t intervene with a drug that affects all the methylation at once”, says Mattias Höglund.

Charlotte Ling, who conducts research on the role of DNA methylation in type 2 diabetes at the Lund University Diabetes Centre, agrees that medication that affects enzyme activity in general would not work.

“There are as yet no drugs that act on specific methylations”, says Charlotte Ling, “but there are researchers who are working on a new technique to enable us to change the methylation in specific gene regions.”

Charlotte Ling has contact with a researcher who is working to develop a technology in which specific enzymes are connected to short DNA sequences. Charlotte Ling believes that this technique could soon be used to introduce enzymes that affect the epigenetic regulation of type 2 diabetes into cells.

“I have worked with diabetes research for over 10 years and progress has been extremely rapid. We might not have these drugs in the next two years, but perhaps in five to seven years. We mustn’t consider it impossible”, says Charlotte Ling.

The epigenome comprises all the chemical molecules that have been linked to our entire DNA (our genome) in order to regulate the activity, or expression, of all the genes in the genome.

The image shows the results of an analysis of methylation in 150 tumours. Each column represents a tumour and each line a site on the genome that can be methylated. The colour coding corresponds to different types of cancer cell with different methylation patterns. 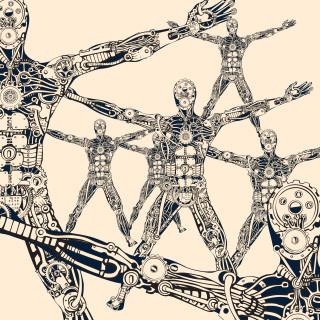 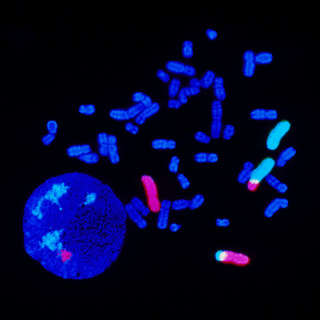 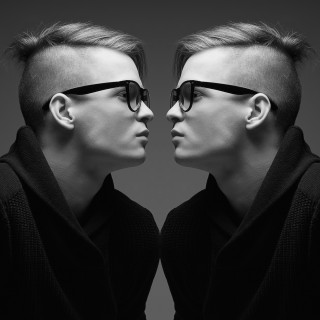 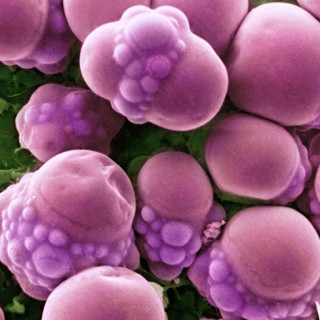