Car’s video camera helps you see like an insect

The way that nocurnal insects intensify incoming light could be used to improve how cameras function in low light. Eric Warrent had the idea of applying his insect vision algorithm to a video camera. The algorithm senses how light it is and how much the camera is moving. Just as in insect, the balance between spatial and temporal summation is adjusted to take in a lot of light. The idea has led to a collaboration with car manufacturer Toyota to develop a video camera that can help drivers to see pedestrians in the dark. In order to test the camera, Eric Warrant and his collegues built an urban environment around a model railway. in the light from the windows of the model houses, the “train driver” sees very little, but the new camera reveals what is moving on the tracks!

Professor Eric Warrent at the Department of Biology, Lund University belongs to the Lund Vision Group which is internationally recognised as one of the leading groups in comparative visual science in the world. 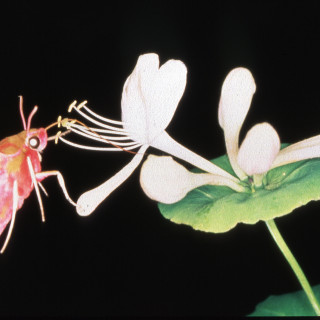