An electric road technology, developed at the Lund Faculty of Engineering (LTH), gives hope of a transition to electric vehicles and road traffic without fossil fuels.

Professor of Electrical Engineering Mats Alaküla at LTH is working to develop electric roads, among other things. Together with Elonroad – a private company currently commercialising research and patents – and Mariestad Municipality, he has presented electric road technology which involves vehicles charging both while in motion and when standing still.

“This technology could potentially electrify all road traffic. LTH contributes and is part of the work. All vehicles with more than three wheels could eventually be connected”, says Mats Alaküla.

Electric roads, or charging roads, contain technology that is able to transfer electric power to vehicles – even heavy trucks – as they drive. The road is divided into short sections and charging tracks that activate only when a vehicle drives or stops on it.

Electric roads are currently developed in ElectriVillage in Mariestad. The technology was demonstrated during the political week in Almedalen, Visby, last summer.

The electrical safety of these roads is very high, explains Mats Alaküla. And electrical roads drastically decrease the need for batteries for electric vehicles – basically, you can drive as much as you want without having to stop to charge your battery.

“Several competing electric road technologies are underway. The one we are developing with Elonroad is the first in the world that functions as well on a country road as in the city. We have managed to make the impossible possible when it comes to infrastructure for charging and a transition to an all-electric road traffic, abandoning fossil fuels, says Mats Alaküla.

ElectriVillage is a testing and demonstration location for sustainable transport solutions and energy systems. Mariestad Municipality, together with LTH, is testing new technology for power charging, while newly developed, all-electric vehicles, manufactured in Sweden, are also being tested.

The goal is to show how the transition to electric vehicles can contribute to industrial rejuvenation, new jobs and a sustainable environ

Mats Alaküla has two professional roles. He is a professor at LTH and works as an expert at AB Volvo. Together with his research group at Lund University, he works with Elonroad and ElectriVillage, among others. 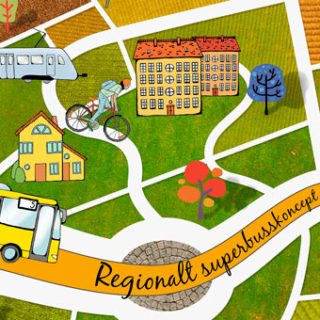 Researchers see a bright future for public transport in Skåne