Opinion by Alexander Paulsson, senior lecturer in Business Administration, who runs the research group Sustainability, Ecology and Economy (SEE) at the School of Economics and Management in Lund and also works at K2, Sweden’s national centre for research and education on public transport.

What is required for us to have a healthy planet while being able to live a good life? My research field “degrowth” aims to increase understanding for how we can take our future needs of the planet’s resources into account in society’s economic planning. Instead of a growing economy which depletes the environment, we need a stable economy with equitably distributed resources.

On the political side, a mixture of regulation and market solutions is used to limit greenhouse gas emissions, and to reduce consumption of non-renewable resources. The results are not unambiguous. The picture is complicated by the simultaneous outsourcing of a great deal of our polluting activities to China and other growth economies, where not enough is being done to reduce already high emission levels.

Comparisons are often made between the emission levels of various countries. But the question is how relevant it is to look at countries. After all, it is not countries that are responsible for the emissions, but the industries and individuals within a country. If you look at the distribution of various groups of individuals and their emissions of greenhouse gases on a global level, significant inequalities emerge. In addition, those who account for the least environmental impact are those that are worst affected .

Can the market solve environmental problems?

One way of approaching the problem is to increase the efficiency of the allocation and use of non-renewable resources through financial incentives. Another way to look at this is to expect technological development to produce innovations and new technologies that solve the problem in the most cost-effective and environmentally sustainable way.

A further approach is to look at what growth brings along. Efficiency gains and technical solutions could involve potential solutions to the enviromental problems, but they could also lead to an increase of consumption of non-renewable resources within completely new areas, as the efficiency gains themselves reduce the cost of consuming these resources.

A new form of growth criticism has developed over the last decade under the umbrella term degrowth[2]. The critique is aimed at the traditional way of measuring economic growth through gross domestic product (GDP), i.e. the value of all the goods and services produced in the country over one year. Among other things, critics question the validity of GDP insofar as it does not include unpaid domestic work or leisure time which most people would consider valuable. In addition, no economic value is attributed to the environmental damage caused by the manufactured products or services.

A well-established complement to GDP is the UN’s measure of human well-being, the Human Development Index (HDI). This measure includes infant mortality, life expectancy, gender equality, equal opportunities, education and more. If HDI is compared to GDP over a long period, strong correlations emerge between the two measures: in almost all cases, economic growth leads to increased human well-being.

“I believe that degrowth offers an alternative, one that benefits both humans and the environment and leads to another type of growth: human prosperity.”

However, if you compare HDI with the carbon footprint of all countries, it emerges that only a few countries have succeeded in combining human well-being with a carbon footprint kept within the framework of the country’s consumption of and effect on the world’s total biocapacity. Biocapacity refers to the Earth’s capacity with regard to water, oxygen, nutrients and other necessary resources for the survival of living organisms.

The great challenge lies in limiting negative effects on the environment while increasing human well-being for large parts of the world’s population. Instead of believing that a general economic growth will solve this, a new model of reasoning is required. Degrowth is precisely such a model.

Degrowth is based on the idea that the Earth’s resources are limited and, moreover, unequally distributed. The economy should therefore be adapted so that the resources needed now and in the future – both for secure food production and to ensure energy supplies – benefit those who are currently not profiting from them.

As non-renewable resources are depleted, they become more costly. The deeper oil and coal reserves lie, the more expensive it becomes to extract them. The price of rare metals needed for mobile technology rises, as food products can increase in price because of drought and flooding in the wake of climate change. Growth therefore comes at an increasingly high cost.

For many salaried workers in the US and Europe, degrowth does not seem a particularly attractive solution. One reason for this is surely the poor development of real wages. Over the past thirty years, real wage levels have not increased or even followed the consumer price index. In practice, this has meant that the purchasing power of an ordinary wage-earner is lower today than it was thirty years ago. Yet consumption remains high, largely thanks to a high level of debt.

Growth is certainly needed, but within certain areas and for certain groups. In my view, as a political goal, however, general economic growth is the wrong way forward.

Criticism of growth is nothing new

For some people, degrowth is a recent buzzword, yet criticism of growth has been around for a long time, albeit in different forms. Already in the 1700s, there was concern that food production would not suffice to feed everyone.

The contemporary critique of growth took shape in the late 60s, alongside the emergence of the modern environmental movement. It was a time in which alternative lifestyles and vocal protests characterised the social climate. In 1972, the book The Limits to Growth[3] was published by a group of researchers at MIT in the US, who had been tasked by the Club of Rome, an association of high-ranked politicians, entrepreneurs, researchers and civil servants, with investigating the future of humanity. The book was very well received. Translated into 37 languages, it became a bestseller.

One reason was probably its relatively simple message: that the Earth’s resources are limited, but that humanity is consuming them as though they were unlimited, and at an accelerating pace. Another reason for the book’s success was probably the oil crisis which broke out the year following its publication, appearing to confirm some of the predictions made in the book.

In the wake of The Limits to Growth, researcher Fred Hirsh published the less acclaimed book The Social Limits to Growth. In his view, economic growth is driven by us constantly comparing ourselves to others. According to Hirsh, our fear of appearing inadequate or less capable to others in our immediate vicinity is the main driving force behind economic growth. There is also a contradiction here. For while status-driven consumption is intended to make us happier, it has an opposite effect. It sets off new patterns of consumption and, in the long run, leads to status-related stress and anxiety.

In his 2009 book Prosperity without Growth, professor Tim Jackson launched his criticism of the growth paradigm and argued that it is fully possible to live a satisfactory life without a continuously growing economy. His critique is aimed at the technology optimists who think that technical advances are sufficient to reset society and the economy on a more sustainable path. The criticism is based on a model which includes social and psychological driving factors of growth.

Tim Jackson presents two different future scenarios. One is called collapse and is based on a “business-as-usual” pattern. Even if growth stabilises at a level just below today’s, unemployment and poverty will increase rapidly, and public debt as a proportion of GDP will rise.

In order to achieve a stable economy over a thirty-year perspective, while reducing unemployment, poverty and emissions levels, Jackson believes that net investments in the economy must decrease and the structure of the labour market must change. This is the future scenario that Jackson calls resilience.

Tim Jackson theorises that a reduction in working hours and in unemployment can easily be achieved if jobs are shared among all those of working age. Furthermore, he thinks that the public sector should employ more people, as it is human attention, affection and care which remain meaningful, all things considered. Likewise, he argues that the public sector should use tax revenues for environmental investments, and that the yield requirements for these should not be measured in monetary terms, but in environmental improvements.

Criticism of growth has been around for a long time, but its nature has changed along with views of society, and perception of the role of politicians. The economy is no longer considered a means to achieve other societal goals, but a goal in itself.

Whereas criticism of growth in the 70s left a great deal unsaid with regard to solutions to environmental problems, as facts were assumed to speak for themselves and thereby prompt action, today’s solutions are a mixture of market solutions, proposed by both researchers and experts. According to the current approach, politicians are subordinated to the overarching societal objective of economic growth.

Global climate negotiations have struggled to achieve concrete results sufficiently fast. The unfulfilled promises of rerouting society onto a more sustainable path have put wind in the sails of the cynics – politicians seem to lack the ability to bring about any substantial change. Among the degrowth researchers, there is also a distrust of established political channels. Their hopes rest instead with the social movements which have emerged under the banner of degrowth.

Degrowth is not only an emerging research field and a multifaceted social movement, it is also a solution to two of the biggest problems we are currently facing: climate change and economic inequality.

Instead of the growth paradigm and a growing economy which both depletes the environment and leads to a concentration of ownership of the Earth’s resources, we need a stable economy, with equitably allocated resources and energy assets. I believe that degrowth offers an alternative, one that benefits both humans and the environment and leads to another type of growth: human prosperity.

[1] Carbon and inequality: from Kyoto to Paris, by French researchers Lucas Chancel and Thomas Piketty. You can also read a brief introduction to the report here.

[2] In Swedish this criticism has been called downgrowth or ungrowth, and sometimes also degrowth.

[3] The book can be downloaded as a pdf from The Club of Rome’s website. 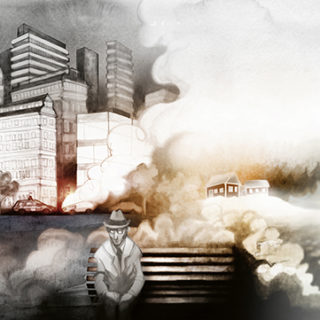 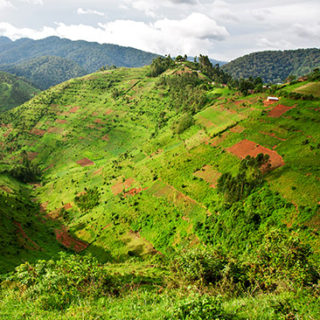 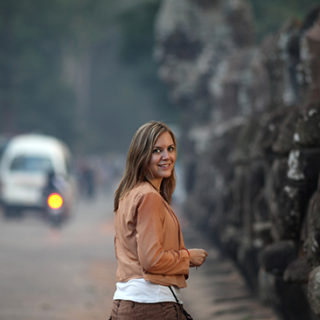 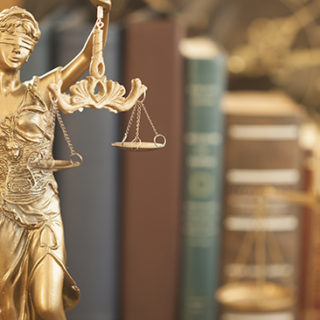 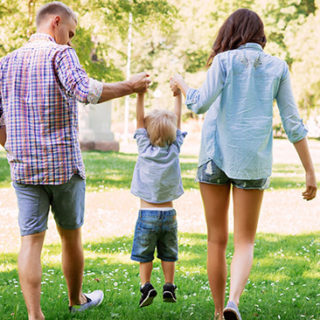 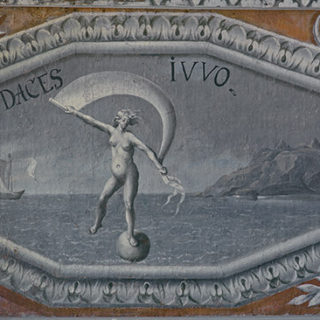 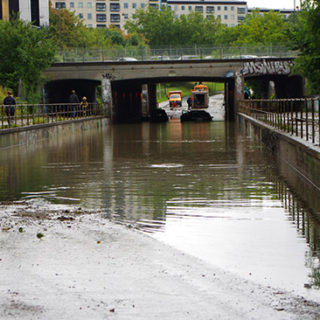