Quick decision or wait and see…? – on making the right decision for a sustainable future despite uncertainties

How are different societal interests weighed against each other in a situation where we are constantly bombarded by new threats and new knowledge? And how do decision-makers deal with issues for which there is no simple answer to which decisions are the best, and when different interests conflict with one another? These are some of the questions that Ullrika Sahlin wants to help solve in her research on risks and uncertainty in decision-making within the environmental field.

Ullrika Sahlin is a researcher at the Centre for Environmental and Climate Research (CEC) at Lund University. She is a mathematician who combines knowledge on probability and risk assessments with current environmental and climate issues. Her work is interdisciplinary, and includes a lot of contact with, for instance, social scientists, philosophers and economists to achieve a holistic approach to her research. Some of the issues that Ullrika has studied in recent years involve chemical risk assessments, ecosystem services and foreign species in Swedish wildlife.

“My research is about developing principles for what needs to be factored in when producing support for a decision. Today, it is usually up to the risk assessor to decide on the procedure as decision-makers don’t always know what they want. In the future it may very well be that decision-makers will require that uncertainty is managed at a certain level, which in turn places demands on not only risk assessors but also experts and research results. The management and communication of uncertainty begins at an early stage of a learning process.”

“In my opinion, communication is not something that can be added at the end of a research project; rather, the people affected by the research need to become involved at an early stage. Communication is based primarily on personal relationships and takes a long time to build. Communication is extremely important not only once you have completed your research study, but as part of the entire learning process.”

Through the research project STAKE (Practices and barriers of stakeholder interaction), Ullrika Sahlin has worked with people such as Åsa Knaggård, political scientist at Lund University, who focuses on how scientific uncertainty and long-term perspectives are dealt with in a political context. The project is about coming up with models that account for the significance of communication in decision-making.

“In order to manage risks you must also understand how decisions are made, and how different forms of communication affect what society wants to achieve.”

“We have developed two models with practical advice to researchers on collaboration between various stakeholders”, says Ullrika Sahlin. “It started as part of a BECC* project, and has now grown into a guide for researchers and research environments. Generally in research, the focus has previously been on communicating completed research results to different stakeholders, but instead we want to incorporate their knowledge from the beginning of the research process.”

Ullrika Sahlin says that when risk assessments are performed, the question of what needs to be communicated must be asked early on, in order to produce solid support for a decision.

“In order to manage risks you must also understand how decisions are made, and how different forms of communication affect what society wants to achieve. I don’t buy the argument that decision-makers are not sufficiently competent to understand risk assessments or uncertainty. If anything it is we as experts or risk assessors who are not sufficiently aware of what it means to communicate clearly”, says Ullrika Sahlin.

“I have gone from being a natural scientist who believes that most things can be calculated and that the world’s problems can be solved this way, to someone who sees a need for collaboration with social scientists on risk communication. I have realised that it takes more than the knowledge itself for it to be used in practice. A lot has to do with improving the way we communicate, which in turn is based on how we deal with what we know and don’t know. Decision-makers often request that any uncertainty in documentation to support the decision is described in such a way that it can be factored into the decision.” 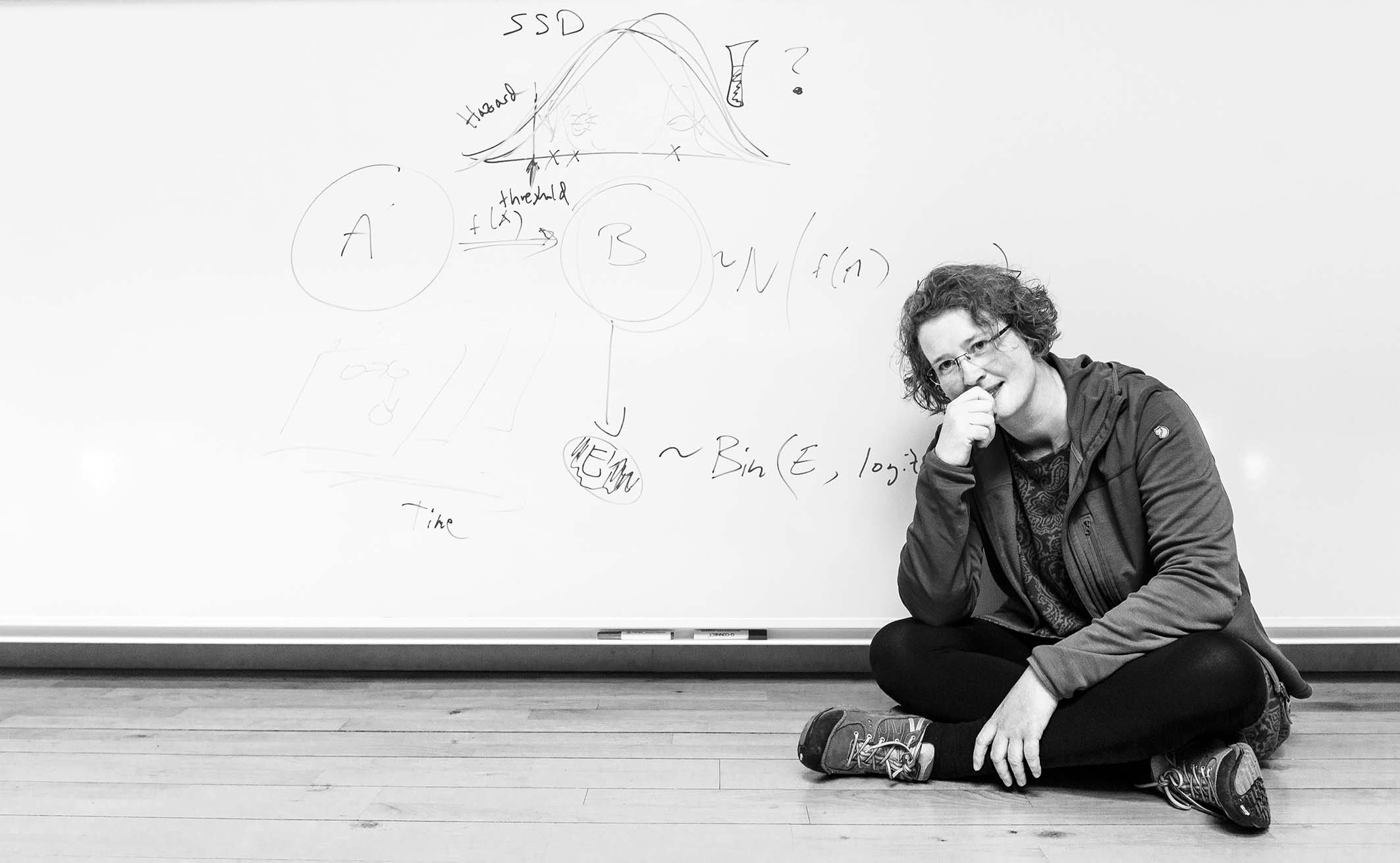 “How can we become better at integrating our knowledge in our decision-making? And how are the considerations involved to be properly weighed?” In the Formas project in which she is currently involved, Ullrika is looking more closely at how decisions can become more robust.

Robust decision-making is about finding effective solutions to problems, even in cases where it is difficult to know with certainty the outcome of the different alternatives. Research in this field at Lund University dates back to the 80s, when philosophers such as Peter Gärdenfors and Nils-Eric Sahlin laid the foundation for what is now further developed by Ullrika Sahlin and the doctoral students of her research group.

“We also need to look more at the next step and develop principles for how decision-makers in turn evaluate and weigh different objectives. As I see it, science cannot solve all of the conflicts that possibly arise between different goals – such cases require negotiations on a political level.”

“I am also interested in knowledge conflicts. I love this topic! One study says one thing, and another something else – this is a type of conflict. We need to find new ways for this conflict to be reflected as a form of uncertainty.”

*BECC stands for “Biodiversity and Ecosystem services in a Changing Climate”, and is a strategic research area in collaboration between Lund University and the University of Gothenburg. More than 200 researchers are involved in the work to better understand how climate change and land use affect our ecosystem, biological diversity and, in turn, also our food supply. Read more

Finding ways of preventing disease in bees
Ullrika Sahlin is involved in EU’s risk assessments on bees and the diseases from which they may suffer due to various stress factors, e.g. lack of food or too much pesticide. Later this year, she is also launching an innovation project together with the Swedish Board of Agriculture, to develop an app to facilitate collaboration between beekeepers and plant breeders with regard to the health of bees and pollination. By describing the amount of food resources that are available in the surrounding area, and linking it to the bees’ behaviour when they are searching for food, they hope to prevent diseases such as varroa mite infestations in bees.

Signal crayfish – to be or not to be?
Another current problem associated with risk assessments in which Ullrika Sahlin is involved is about the assignment to conduct a risk analysis for the Swedish Agency for Marine and Water Management about the signal crayfish’ future in Sweden.

“This is an area full of conflict, and you have to take into account different ways of looking at the risks. It is about weighing many different interests against one another. It is also important to understand the current situation in order to be able to address the problem.”

Interdisciplinary research in focus for CEC

Early involvement of different societal stakeholders in research to achieve an exchange of knowledge between different participants has been central in several major research projects at CEC, with a focus on the consequences of climate change – from the Mistra SWECIA project on sustainable forestry that ended in 2015, to BECC which focuses on biodiversity and ecosystem services. Read more: www.cec.lu.se