The chemistry of love

Think of a random four-figure number, perhaps 4352, and then count backwards in sevens. Soon all thoughts have vanished and the mind feels completely clear. This exercise was used in a study where 17 men and women who were in love were examined with magnetic resonance imaging (MRI). MRI measures the blood flow in the brain and an increased flow signals increased brain activity. After the counting exercise, a photograph of the person’s beloved was shown, and this activated parts of the brain which use the signal substance dopamine.

What we in everyday speech call ‘love’ can be divided into three completely different stages. Lust is simply sexual attraction to someone, falling in love entails a total focus on one person, whereas love is a strong, lasting bond. With a bit of luck, all three stages involve the same person, but that does not have to be the case physiologically.

Lust is the simplest to explain and is largely controlled by the hormones testosterone and oestrogen. We tend, not entirely correctly, to refer to the former as male and the latter as female, but both men and women need both hormones in order to experience lust. Men and women who have been prescribed testosterone to restore lost libido say that it works perfectly well, but they did not fall more in love with their partner. Falling in love is considerably more complicated.

In order for us to have good mental health, three different signal substances – dopamine, noradrenaline and serotonin – must be in balance. Together they serve as a sort of volume control for emotions and also control sleep, blood pressure, body temperature and appetite. When one falls in love, everything is disturbed, as dopamine and noradrenaline skyrocket while serotonin levels fall. When we meet the object of our affection, our heart beats faster, we get sweaty palms and we blush. All this is down to noradrenaline. Meanwhile, the changes in the levels of dopamine and serotonin reduce our appetite and our need for sleep, enabling us to focus entirely on courting our beloved. So why do we feel so happy when we are in love.

“When one falls in love, everything is disturbed.”

Dopamine is a signal substance that affects our brain’s reward system, which we experience as happiness. It is actually similar to a drug and it is possible to become addicted to being in love. Moreover, the body grows accustomed and even if we swear that we will be in love forever, all signal substances return mercilessly to normal levels after one or two years. Then we discover our partner’s shortcomings, which have previously been hidden in a haze of dopamine and noradrenaline. There is hope, however, because as the dopamine levels fall, the levels of other substances rise.

Oxytocin is a substance that is released in the womb in conjunction with birth. For most mammals, the most important function of oxytocin appears to be to create a bond between mother and young, but in a few species, including humans, the system has been developed further. Oxytocin and its close relative vasopressin enable us to experience love and friendship. The fantastic thing is that our oxytocin levels rise when we simply hug. So strike a blow for chemistry – give someone a hug today! 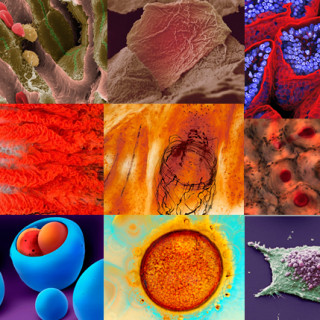 What do we know about our choices?