Birds have one of the most impressive vision systems in the animal world. But despite their advanced retina, birds are not significantly better than humans at determining different shades of similar colours.

Few animal groups show such a great variety in colour as the birds’ plumage. Many studies have shown that birds use colour to assess their partners – a handsome plumage is a sign of being healthy and good at finding food, and therefore a suitable mate to reproduce with.

Birds have one of the most impressive vision systems in the animal world for seeing colour. Humans have three types of cones in the eye retina for detecting colour, while birds have four types. Many mammals, for instance dogs, only have two types of cones and can therefore not tell the difference between red and green. The fourth type of cone enables birds to see ultraviolet light.

“This gives birds an entirely added dimension of colour that we as humans can’t even imagine”, says doctoral student Peter Olsson, at the Department of Biology at Lund University.

Together with his research colleagues, Peter Olsson has thus studied whether the extraordinary retina of birds allow them to also successfully tell the difference between various shades of similar colours, for example, different shades of orange. Olsson and his fellow researchers used chickens to study how small the colour variations could be and still be detected in daylight, and how the birds’ abilities held up in low-light conditions.

“Chickens are great to use for these types of behavioural studies because they are easy to train and we know a lot about their vision system”, says Peter Olsson.

The results from the study showed that chickens can detect small differences in colour, but in fact not significantly more than humans. The researchers, therefore, believe that their visual capabilities are limited by some kind of receptor noise in their vision system.

“We believe that birds have a lot more noise in their vision systems than humans do. It would explain why they are not much better at detecting shades of colour than we are, despite having much more advanced retinas”, says Peter Olsson.

The present study also showed that the darkest light conditions in which birds are able to distinguish shades of colour were equivalent to bright moon light, compared to humans who are able to see colour in somewhat darker conditions.

“These results are valuable for understanding when and where birds are able to use their colour vision. Deep, dark forests, tree holes and the time of day limit the light conditions”, says Peter Olsson.

The researchers use chickens to see how small differences in colour birds can detect. The chickens are trained to select the right colour by repeatedly choosing between a cone with the ”right” colour and one with a slightly different colour. If the chicken selects the right cone by pecking at it, food will fall out for it to eat. If it pecks at the wrong one then both cones will be removed immediately and there will be no food. This way, the chicken is motivated to select the right colour when faced with a choice. The question is – how small differences in colour can it detect? In the video, the chicken is trained to prefer the colour orange to red or yellow. The first time it choses between colours orange and yellow, and the second time between orange and red. Video by Peter Olsson.

Colours only exist in our minds, in our subjective experiences of the world around us. In physical reality, only electromagnetic radiation of different wavelengths exists.

In human beings, the visual cells in the retina react to electromagnetic radiations within the wavelength field of 400–700 nano metres – our visible light. These visual wavelengths are processed in the eyes and the brain through complex processes, resulting in our experience of colour. The basis for colour vision is the nervous system ability to react on different light from different wavelengths. This ability requires more than one type of visual cells in the eyes, and that the nervous system can compare the reactions from the different types of visual cells.

There are two types of visual cells in our eyes: Cones that work from good lighting down to moon light and are used for seeing colour, and rods that react to dim lighting and only gives an experience of various shades of grey. Humans have three types of cones. The different cones are sensitive to light from long wavelengths (red), medium wavelengths (green), and short wavelengths (blue). With the help of these, we can distinguish over a million different shades of colour. 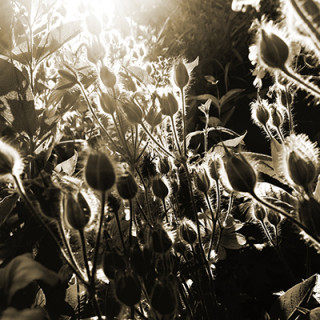 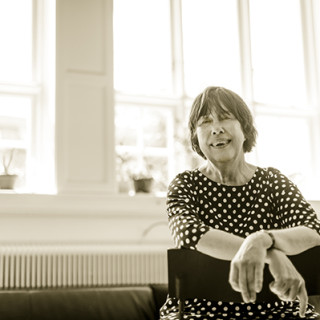 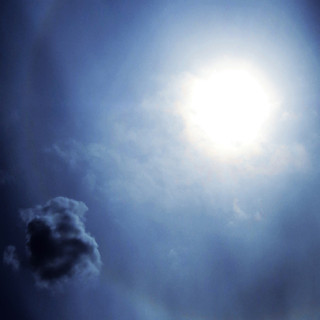