Most African countries contribute only marginally to the increase of greenhouse gases, such as carbon dioxide, in the atmosphere. Nevertheless, Africa is the continent most vulnerable to the effects of climate change. The impact varies across the continent and also within individual countries. An improved set of data increases the possibilities for evaluating future risks, and how to best address them, which is the goal for a group of land and climate researchers at Lund University.

Measurement data from local field stations are important to increase understanding of how climate and radiation affect vegetation productivity and the carbon cycling in the region, but compared to Europe and North America, there is a relatively small amount of such data from Africa. Therefore, since 2002, researchers at the Department of Physical Geography and Ecosystem Science have gathered data about the weather, fluxes of carbon and water, plant biomass, etc., in Sudan and Senegal – two countries in the Sahel region south of the Sahara.

“At the measuring stations you can for example see how much carbon is stored in the soil. Plants bind carbon from the carbon dioxide in the air, and with more vegetation, the soil organic matter (humus content) will increase. Subsequently, the water-retention capacity and nutritional value of the soil will increase”, says Jonas Ardö who is studying the carbon cycle in the Sahel.

“New strategies are needed to ensure that future resources cover the needs.”

Ardö’s colleagues compare the data acquired by measuring the carbon in the soil, and water cycle, with satellite images to calibrate, develop and improve the methods of remote sensing. Using remote sensing, researchers are then able to calculate the amount of vegetation, the size of the vegetation growth and how they change over time and space. By comparing the development of the annual plant production over ten years in 22 countries in the Sahel region with data on population growth and resource consumption, Hakim Abdi and others have shown that the margins between production and consumption are shrinking.

Once it rains, the savannahs and shrub lands react quickly, producing new vegetation and thus binding more carbon dioxide from the atmosphere, serving as a so-called carbon sink. The fact that rainforests function as a major carbon sink has long been known, but, in a new global study, Anders Ahlström and his colleagues demonstrate how ecosystems, such as savannahs and shrub lands, are also of great importance.

“An understanding of what controls today’s trends and variability gives us a picture of how the carbon cycle might change in a warmer world”, says Anders Ahlström, who led the study.

Common to all countries in the Sahel is that they currently have little opportunity to adapt their agriculture, for instance, to future climate changes and population growth. The risk is considerable that the resource needs (estimated on the basis of socio-economic information) will exceed the current assets (estimated through remote sensing, etc.).

In a recently started interdisciplinary project including Jonas Ardö and his research group, the goal is to come up with solutions based on the research that has already been produced.

“New strategies are needed to ensure that future resources cover the needs of a rapidly growing population who want to secure their well-being and health. We see collaborations between education, more efficient agriculture, family planning and a basic understanding of how land, water, atmosphere and vegetation work together to provide resources for all”, says Jonas Ardö.

The Sahel region is a three million square kilometre transition zone between the Sahara desert and the more productive areas to the south. The area is characterised by a semi-arid climate with savannahs and shrub lands, as well as a high vulnerability to climate change.

The carbon cycle describes the movement and exchange of carbon between vegetation, land, sea and air. Carbon atoms are included in all organic substances in nature. The carbon dioxide is absorbed from the air by all plants through photosynthesis. When the plants get eaten or die, the majority of the carbon is transferred back into the air by the cell respiration of animals or microorganisms, or through the burning of wood and grass. Some dead plant parts become detritus and organic humus, which is the soil’s carbon reservoir. A carbon dioxide exchange also takes place between the atmosphere and ocean.

Today, humans affect this natural circulation through the combustion of fossil fuels and through changes in land use, such as cultivation of land and deforestation. This increases the amount of carbon in the atmosphere while reducing the amount of vegetation that can absorb and store carbon. Plant ecosystems, such as rainforests and savannahs, constitute a so-called carbon sink and are an essential ecosystem service that slows down climate change worldwide.

Less for More or More for less

Less for More or More for Less: The recently started interdisciplinary project “Less for More or More for Less” is a collaboration between Jonas Ardö and his group of researchers from the Lund University Centre for Sustainability Studies (LUSCUS) and researchers in the United States, Niger and Sudan. The goal of the project is to integrate and quantify the different factors that contribute to a sustainable use of resources in the Sahel region. 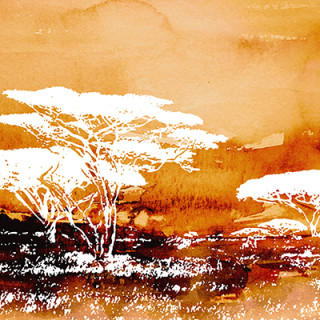 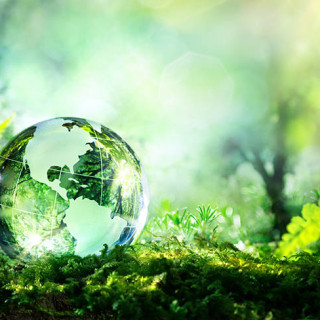 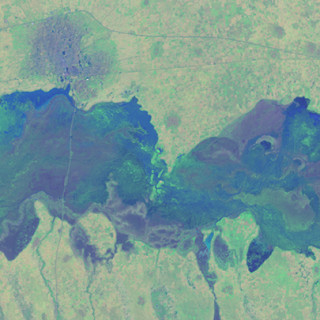