Recycling as important as collection to reduce e-waste

Up to 41 million tonnes of e-waste from goods such as computers and mobile phones are generated by the electronics industry every year, according to the United Nations Environment Programme. 60 – 90 % of this e-waste is illegally traded or dumped – accounting for a large portion of the world’s non-recycled waste mountains, and posing a grave threat to human health because of the dangerous elements it contains.

According to Jessika Luth Richter, researcher at the International Institute for Industrial Environmental Economics, the price of various materials contained in electrical goods has a major impact on countries’ drive to recycle e-waste, even in countries where there are laws in place to regulate their handling.

In her research on European policies and e-waste, Luth Richter found that some materials used in electrical goods were always recycled, such as gold and silver, whereas the recycling rate for other materials such as rare earth elements found in fluorescent light bulbs fluctuated according to international market prices.

She explains that the majority of rare earth elements are mined in China – and in 2010, the state tightened quotas on exports of the materials. The resulting price hike forced importing countries to consider other sources for these materials, including recycling them from light bulbs. But since then, the price of rare earths has dropped again, thereby also reducing interest in recycling rare earth elements from waste.

“What you have to remember is that all production has some kind of environmental impact.”

She notes that while the European Union directive on waste electrical and electronic equipment (WEEE), which came into force in 2003 (and was amended in 2012) greatly improved the handling of e-waste in many countries, there is still a long way to go to address all aspects of the supply chain – and this is important, especially since electronics goods are one of the fastest and largest growing kinds of waste in the world today. The WEEE directive sets a minimum target for collection of 45% of the electrical and electronics goods put on the market in a member state (rising to 65% from 2019), and places a special responsibility on producers who have to make a financial contribution to cover the costs of collecting, treating and sustainably disposing of e-waste at dedicated collection points.

According to Jessika Luth Richter, Sweden is one of the best countries in the world when it comes to collecting e-waste – the state actually had regulations in place before the EU’s directive came into force. She notes that Sweden makes it relatively easy for consumers to recycle their goods – with collection points in supermarkets like ICA, where individuals can leave phones and batteries, and building associations setting up collection points at their recycling stations, in addition to municipal recycling centres.

Yet, in spite of this, she thinks that Sweden and other countries could do more when it comes to recycling specific materials used in electrical goods. Today, most of the e-waste collected is simply shredded, and metals present in larger quantities are recovered, while other metals like the rare earth elements are lost, and less valuable materials like glass or plastics are often buried in land-fills or burned.

However, she also notes that recycling only displaces primary materials if the recycled materials can be used to make new products and if our overall consumption of electronics does not increase. This is called “rebound” and can undermine the positive effects of recycling. This can mean that there are very few real green solutions for electronic goods consumption – apart from actually buying fewer mobile phones, computers and other equipment.

“Since I think it will be quite difficult to change individuals’ behavioural patterns, the drive to recycle more materials, and use those materials well, needs to come from the top, and should therefore be integrated into policies. Especially since this might also have effects on preventing illegal dumping”, she says.

Jessika Luth Richter is now looking into how policies could be used to drive this kind of development forward – as a way to help reduce the world’s e-waste and its associated environmental impacts while increasing resource efficiency in a transition to a more circular economy. 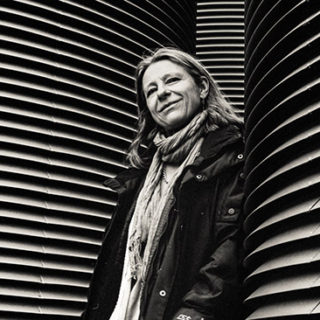 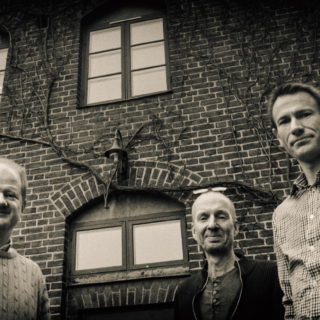