Thoughts are spinning – worrying about the future and pondering about the past. Sometimes anxiety can tear a hole in our stomachs; sometimes we become so depressed that we can’t get anything done. You might think that this problem only concerns teenagers and adults, but the symptoms are probably often established much earlier, argues Jan Sundquist, professor and research director at the Centre for Primary Health Care Research (CPF), including the Mindfulness and Compassion Centre for Research and Education (MCC).

“Worry and anxiety are increasing among children, who begin to experience anxiety as early as age 6–7”, says Jan Sundquist. “But we don’t know why the incidence of worry and anxiety in children seems to increase, and we know very little about what happens to these children later in life.”

In case of adults suffering from worry and anxiety, there is a way to calm the brain and to live more fully in the present. The technique known as mindfulness has proven to be a way to prevent mental ill-health, and with practice it allows us to gain control of our habitual thoughts and reactions.

“Convincing studies on adults have shown that mindfulness helps”, says Jan Sundquist. “For example, we have conducted a study that demonstrates that mindfulness group therapy works just as well as individual CBT (cognitive behavioural therapy) for the purpose of treating typical depression and anxiety symptoms.”

“The highest number of cases of mental ill-health can be found in ages 17–25.”

According to Jan Sundquist, the fact that many psychological problems are already established during childhood also means there are opportunities to intervene at an early age to prevent ill-health later in life, for example through mindfulness exercises in school. However, because the risk factors for mental ill-health in young people are still relatively unknown, studies that follow the development of children and adolescents over a long period of time are needed.

This type of long-term study was recently initiated by the Centre for Primary Health Care Research, which includes MCC, in collaboration with primary and secondary schools in Skåne.

“We want to see whether mindfulness can have an impact on children’s psychosocial health, school performance and social relationships in the short and long term. But we also want to identify risk factors for the development of mental illness”, says Jan Sundquist, who is in charge of the study.

At full capacity, the study is to include at least 1 000 children of different ages. In some schools, the children participate in mindfulness exercises during school hours, every day for 10 weeks. Other schools and classes act as control groups. One of the hopes is that this will result in decreased stress, improved sleep and learning, and increased self-esteem in children who practise mindfulness. All children participating in the study will be monitored during their time in primary and secondary school.

“Because the highest number of cases of mental ill-health can be found in ages 17–25, we will continue to monitor the children through the public health register until they turn 25. We can then look back and see how the children have been doing; the longest monitoring period will be of the children who entered the study as six-year-olds.”

The goal for Jan Sundquist is to see whether something can be done about the increasing ill-health among young people. If practising mindfulness in classrooms works, another goal could be to introduce the method in schools wherever it is needed.

“If mindfulness doesn’t work for everybody, hopefully the study will lead to us finding other opportunities to help, for example, by identifying which age groups we should concentrate on.”

Jan Sundquist is a professor and research leader, in charge of the present study, at the Mindfulness and Compassion Centre for Research and Education (MCC) within the Centre for Primary Health Care Research (CPF) in Skåne. He is also an active district physician.

The target group consists of primary and secondary school pupils, grades 0–9, in Skåne. The overall aim of the research study is to evaluate the effects (both short and long term) of daily meditation using mindfulness in class (5–10 minutes per day) on mental and physical ill-health as well as social problems affecting daily life, health-related quality of life and school performance in  school children, grades 0–9.

The hypothesis is that mindfulness:

The study was launched in December 2016 in Helsingborg, where the researchers began monitoring a control school and a school with students who are offered mindfulness exercises. Gradually, over a period of several years, the study will include more and more schools, eventually amounting to at least 1 000 students.

Examples of exercises in schools:

The Centre for Primary Health Care Research (CPF) is a collaboration between Region Skåne and Lund University. The aim of the research is to provide scientific evidence for improved health and well-being among primary care patients. CPF’s research focuses on a few long-term research areas of major significance to primary care patients and activities, including Mindfulness and Compassion.

The Mindfulness and Compassion Centre for Research and Education (MCC) is a new research and knowledge platform for the primary healthcare in Skåne. MCC analyses the effects of mindfulness and compassion on mental, physical and social health.

At MCC, the research in mindfulness and compassion is developed and deepened to benefit primary care patients. This includes analysing the connection between mindfulness and brain neuropathy using MRI technology and other neurophysiological methods.

Read more about MCC (in Swedish)

At the CPF laboratory the molecular mechanisms that account for the effect of mindfulness and compassion are analysed, such as altered gene and protein expression, circulating biomarkers, and the impact on telomeres and microRNA.

Mindfulness is a meditation technique based on the awareness of what is happening right now, at this very moment. This requires curiosity and acceptance, i.e. that you avoid assessing or judging what you are experiencing in the moment. You anchor yourself in the present by consciously focusing on your own breathing, your body and everything you see around you right now. Mindfulness can reduce stress, anxiety and depression, and help deal with sleep disorders. 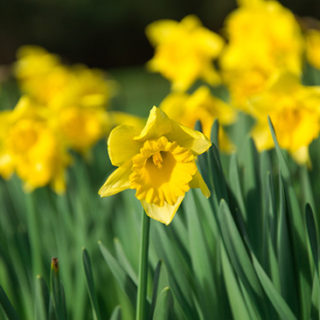 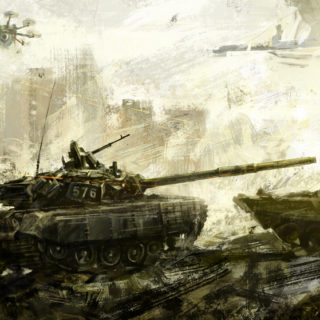