In death, animals and man meet

There is only one way to be born, but a thousand ways to die. Archaeologists’ studies of death and burial rites reveal much about how our views on the value of humans and animals have varied between different periods and in different cultures.

A world view which clearly distinguishes between humans and animals has been an important part of the emergence of western civilisation. At the same time, we often consider some people and some animals to be of higher value, which is apparent in the fact that they get more elaborate burials than others, for example. Today animal activists go one step further and fight for our closest relatives, the great apes, or other intelligent animals such as dolphins, to be considered as people with their own rights.

During the pre-Christian era in Scandinavia, the picture was even more complex. Some animals were treated like humans and buried in the same way, while some people were treated like animals after their death. Archaeological studies can provide perspective on how people in that period perceived one another and the animals in their vicinity, according to Kristina Jennbert, Professor of Archaeology at Lund University.

“There was one group of people – we can call it an elite – who saw each other, and some animals, as equals. After their death, people and animals who were part of the elite were buried in special graves. Other people and animals were classified by the elite as ‘the others’. The remains of these ‘others’ can be found in rubbish pits, wells, slag heaps and suchlike”.

It seems as though there were no absolute divisions between species in pre-Christian Scandinavia. Evidence points instead to a perceived symbiosis between, or hybrid form of, people and animals. The archaeological finds thereby challenge the image of humans as the centre of the world.

“The archaeological long term perspective provides us with new approaches to our current relationship with animals and the ethical issues it raises”, says Kristina Jennbert. 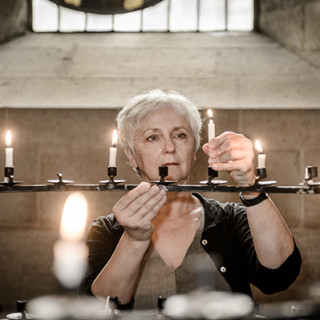