Antibiotic-resistant bacteria mean that the infections that we usually regard as minor become more complicated or even life-threatening. Infected wounds don’t heal; pneumonia can lead to death. Microbiologists Tobias Olofsson and Alejandra Vásquez see living bacterial cultures, which produce lots of different antibiotic substances, as a solution to the problem.

THE SO-CALLED SECOND STOMACH OF THE HONEY BEE contains a group of lactic acid bacteria. The bacteria have evolved together over millions of years, and they feed on the nectar that the bees collect – nectar which is then converted into honey. Within traditional medicine, the healing properties of fresh honey are long known. Why and how it works are questions that Tobias Olofsson, Alejandra Vasquez and their research group are now on track to find out.

DURING THE LAST TEN YEARS the group has identified a total of 13 different lactic acid bacteria in the bee’s honey stomach which produce a variety of antimicrobial agents. One of the bacteria produces 40 different substances that were previously completely unknown.

“We believe that what the bacteria produce is the key to everything. They produce antibiotic-like substances which, according to our theory, avoid becoming resistant because together these bacteria form so many different varieties”, says Tobias Olofsson.

A few years ago, the group demonstrated that the bee bacteria had a good effect on disease bacteria taken from patients with chronic wounds. Using an ointment containing bee lactic acid bacteria and honey, the researchers have also been able to heal slow-healing wounds in horses.

“We believe that what the bacteria produce is the key to everything”.

IN A RECENTLY COMPLETED PILOT STUDY the research group first tested the ointment directly on a small group of patients with slow-healing wounds on their legs. The wounds were treated with the ointment twice a week for six weeks. Unlike the experiments made with horses, not all patients were completely healed of their wounds.

“However, all patients showed signs that they had begun to heal, and some patients were healed completely, which is amazing in itself”, says Alejandra Vásquez and continues: “We have saved people from losing their legs”.

Alejandra Vásquez believes that the treatment period was probably too short. The group suspects that the amount of bacteria became too diluted in the large exuding wounds that the patients with slow-healing leg wounds were suffering from.

“But there is a great potential for a repeat clinical study with a placebo group, for a longer period of time”, says Alejandra Vásquez.

IT’S NOT JUST THE PRESENCE OF THE BACTERIA in the wound, but what they produce that makes the wound heal, stresses Tobias Olofsson. In order to conduct a larger study and to gain acceptance within the healthcare system, they must first define the mechanisms behind the healing effect of the honey ointment.

“Not only do we want to know what they produce, but why and when they do it. What resistance and nutrition do they need to perform? We need to understand how to use this tool, that is, the 13 bacteria”, says Tobias Olofsson.

Tobias Olofsson and Alejandra Vásquez have now received more than SEK four million in research grants to map that, and why, bee lactic acid bacteria can be used as a future alternative to antibiotics.

THEIR OBJECTIVE IS NOT TO FIND ONE NEW TYPE OF ANTIBIOTIC, because the reason why bacteria can easily become resistant could be that antibiotic drugs usually only have one active substance. The goal is rather to use the fact that in a living culture of these bacteria, not only can they form new products individually, but they can also work together.

“We know that bee bacteria function differently depending on which disease bacteria they come across, so we believe that a living bacterial culture is a much smarter way to fight diseases. Once we understand how they work in detail, the first step will be to use them to treat wounds”, concludes Says Alejandra Vásquez.

Facts about the research group

The research group is run by Tobias Olofsson and Alejandra Vásquez, while the recent PhD graduate Éile Butler has conducted a lot of the recent studies of wounds.

The effect is based on the use of lactic acid bacteria that are alive, as in fresh honey. Honey bought at a grocery store does not contain live bacteria and will not function in the same way. In developing countries, however, you can find fresh honey from wild bees, which makes it easier to imagine that the honey could be used for medicinal purposes. 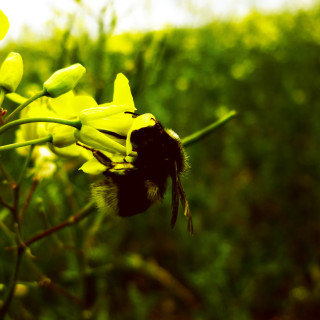 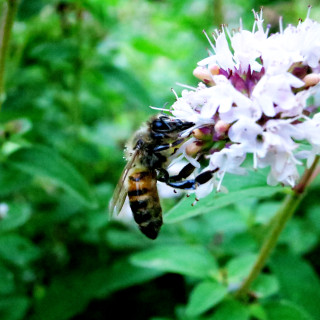