Living in the slums

Due to heavy urban migration, city slums are continuing to spread. They become the clearest piece of evidence that large cities are not planned to ensure that everyone has access to water, housing and basic sanitation. 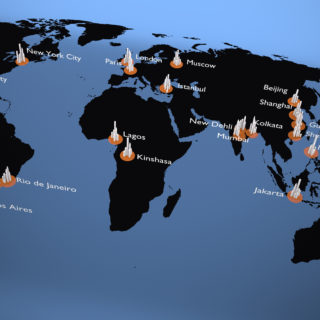 From rural to urban to megacities