Can we rely on the wind to provide us with electricity in the future? By 2050, the Swedish Government wants our energy supply to come mainly from renewable sources, which do not deplete natural resources or pollute our environment. In this future scenario, wind power is an important player.

Jörgen Svensson is a senior lecturer in Industrial Electrical Engineering and Automation at Lund University’s Faculty of Engineering and has been the coordinator of DELBA 2050, “the Electricity-based Economy” – a project aiming to equip society to face the challenges brought by climate change and to facilitate the transition to a “green economy”. The starting point is that the energy supply of the future will be largely based on electricity, produced from renewable sources. In this vision, wind power will be an important factor, predicts Jörgen Svensson. Solar energy, which has an even greater potential, will also be crucial.

“However, solar energy has the disadvantage of only producing output as long as the sun shines, i.e. during the day”, says Jörgen Svensson, continuing: “moreover, the electricity output can vary very rapidly depending on weather and passing clouds. Wind power, in contrast, can be used around the clock and is a more stable source of energy.”

ANOTHER ADVANTAGE OF WIND POWER is that it does not generate any appreciable emissions in production.

“One usually estimates that six months after it first becomes operational, a wind turbine has already compensated for the energy required to produce it”, says Jörgen Svensson. “And with a lifespan of 25 years, it gives a good return on investment.”

“Not everyone rejoices when new turbines are built.”

Despite the many advantages of wind power, not everyone rejoices when new turbines are built. The counterargument holds that they destroy the landscape, are noisy and constitute an environmental hazard, insofar as birds fly into them and die.

“Which is partly true”, says Jörgen Svensson, “and the reason why a thorough environmental impact analysis is always carried out when new wind power facilities are planned. There are clear rules for how close to buildings wind turbines can be placed, so that the noise level will not be too high.”

AND IT DOES INDEED HAPPEN that birds fly into the turbines. But Jörgen Svensson points out that the number of birds that die is very low in comparison to many other causes of death – not least global warming.

“Of course there are alarming examples”, he explains. “In the case of a grossly misplaced wind turbine in Norway, a number of sea eagles were destroyed as the turbine was close to a cliff where many pairs of birds nested.”

ON THE OTHER HAND, sea-based wind farms have in fact proven to have a good effect on the environment. Artificial reefs form around the foundations of the turbines, becoming a safe habitat for fish and other sea creatures.

Jörgen Svensson believes that the wind power of the future will consist of significantly more large sea-based wind farms. Building out to sea has many advantages. As the winds are not weakened by built-up areas and other topographical obstacles, they can reach high speeds, thereby increasing the production of electricity in the turbines. In addition, out at sea it is possible to build significantly larger and more efficient wind turbines, with a total height of 200–300 metres and a rotor diameter of 150–250 metres. Compared with land-based wind turbines, which currently have an output of approximately 2–3 MW, these would produce around 8–20 MW.

A possible and strategically valuable location for large scale wind farms is the Baltic Sea. The wind is not as strong there as on the North Sea, for example – which is both good and bad. Less electricity will be produced, but it is easier to build and to access for maintenance. Locating large wind farms out to sea between countries also has the advantage of involving many stakeholders, thereby opening up opportunities for international cooperation and integrated markets for electrical power.

JÖRGEN SVENSSON is currently participating in a 3-year EU project entitled Baltic InteGrid, which is investigating these possibilities in the Baltic Sea.

“The drive to expand wind power in Sweden is relatively weak at the moment”, says Jörgen Svensson. “There is currently an excess of electricity and the price of electrical power is relatively low. For someone to invest in wind power, it must pay off.”

In order to meet growing energy needs in the future, however, it is important to start the expansion in good time.

“Old power plants are being closed down, while electricity consumption will increase over the next 30 years depending on how much the transport sector and industry become electrified.”

Jörgen Svensson comes from the industry himself and has worked on the construction of wind turbines. LTH now offers a course on wind power and interest among students has been high.

“I could have stayed in industry, but I feel that I am more useful in research and educating others in efforts towards achieving a sustainable energy system. The acceleration of the transition to renewable energy will require more people to possess this knowledge. And through education, knowledge spreads like ripples on water.” 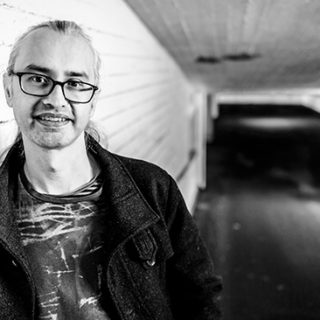 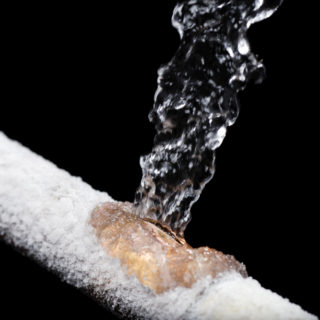 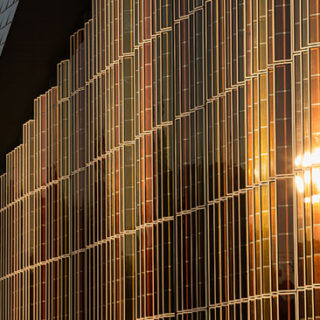