A crisis is an event that can have very negative consequences, which can sometimes be long term or even permanent. In the media, there are regular references to a “climate crisis”, “refugee crisis” or “health crisis”. But, what does the term “crisis” actually mean? And can a deepened understanding of crises contribute to future humanitarian initiatives?

These are some of the issues that will be explored by a newly started Advanced Study Group (ASG) at the Pufendorf Institute. The group, led by Helle Rydström, a professor at Lund University’s Department of Gender Studies, brings together researchers in gender and masculinity research, anthropology, sustainable development studies, risk research, political science and human rights.

“We want to take a closer look at crisis as a philosophical and anthropological phenomenon, as a political and ideological construction in the societal debate, and as a physical reality. We are interested in the different dimensions of a crisis and want to illuminate how it is to live during a crisis, and how a crisis is experienced and managed by those affected”, says Helle Rydström.

In particular, the group wants to research crisis from a gender, masculinity and power perspective. This is partly because women and children are more vulnerable when an event such as a war, climatic disaster or epidemic occurs, and partly because there are power relations that can mean a crisis is interpreted and defined primarily from a ruling male perspective.

“Gender, as well as the masculinity perspective, is important and can give us new insights concerning the understanding and experience of crisis. If we obtain greater clarity about power relations and how various groups react during a crisis, humanitarian efforts can perhaps be more effective in preventing or alleviating the consequences of a crisis in a post-colonial world.”

“We want to understand, for example, how war, climate change, pandemics, and political processes and priorities interact and create crises that affect certain sections of the population.”

According to Helle Rydström, there is a notion that crises can lead to an improvement. The idea, and the belief, that you can go through a crisis and come out stronger on the other side exists in areas such as medicine, psychology, literature, religion and politics. But, she contends that crises can also be very destructive; they can cause substantial destruction on both tangible and intangible levels, and they can also be long term and set a framework for life and politics on a permanent basis. 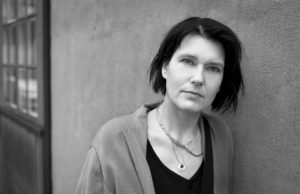 Therefore, it is very important, according to her, to research the type of crisis that does not blow over; crises that are forgotten or ignored by the wider world, but are a reality for those who live in the middle of a state of crisis. One example is the Dadaab refugee camp in Kenya, which was built as a result of the civil war in Somalia in the 1990s – people have been forced to live here for many years, in fact some families have been in the camp for several generations.

“It is necessary to investigate crisis from different perspectives such as gender, resilience and political ideology in order to understand what is concealed in the term. By critically discussing crises in terms of political ideologies, and how they are experienced by those affected, it is possible to clarify not only the exercise of power, abuse and vulnerability, but also hope and strategies to manoeuvre, challenge and change a crisis situation.”

According to Helle Rydström, the war and disaster in Syria is an example of a crisis that has been exploited ideologically. She points out that certain political camps have described the flight from the war in xenophobic term, as a “crisis” for the western world, rather than as a devastating crisis for the many adults and children who have been forced to flee their homeland.

“As we see it, different types of change interlock with each other. We want to understand, for example, how war, climate change, pandemics, and political processes and priorities interact and create crises that affect certain sections of the population.”

Helle Rydström says it is unusual in crisis studies to adopt an interdisciplinary perspective; different areas or issues are often studied individually, as if they are isolated from each other. The research group at the Pufendorf Institute will allow the members’ research expertise to illuminate together, so that their knowledge within areas such as gender and masculinity, climate change, international politics, disasters, global health, migration and human rights can contribute to reaching nuanced insights into the conceptual, political, social and everyday dynamics, dimensions and consequences of crises.

“The interdisciplinary perspective we develop in this project is intended to give us the opportunity to thoroughly analyse the complexity of crises, and the media and rhetorical flows that surround different types of crisis. Developing this capability is decisive for being able to take a critical approach to how crises are defined and by whom, and the consequences this has for different groups in society.”